Goru, the first lynx captured in the Life Lynx project by ACDB, was released in a forest in Slovenia. 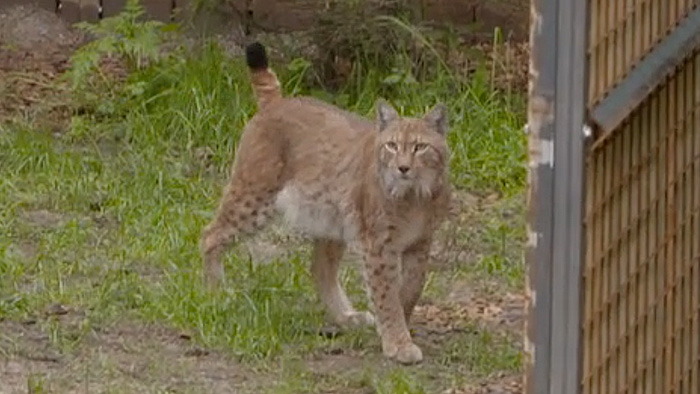 This moment has been expected for at least 15 years. For the Slovenian Forest Service and the Slovenian Hunters’ Association, the LIFE Lynx project is certainly a recognition of the role of hunters in conserving and continuing a past experience of those hunters who were the first to decide to bring lynxes back to their region.

Goru was captured last year by the ACDB team supported by the representatives of the manager of the hunting fund and of the Administration of the Putna Vrancea Natural Park part of Romsilva. We recommend the article Quarantine from Romania has the first guest! His name is GORU

The main objective of the LIFE Lynx project is to save from extinction the lynx population in the Dinaric Mountains region and the south-eastern Alps where the species is threatened due to the small number of existing individuals. In order to save it, there is an urgent need to introduce new individuals from other populations, such as the one in the Carpathians.

The LIFE Lynx project is coordinated by the Slovenian Forest Service and is supported by the Romanian Ministry of Environment, facilitating the implementation of the European project activities in our country.

The Association for the Conservation of Biological Diversity – ACDB – is the organization responsible for the project in Romania, and the National Directorate of Forests – Romsilva collaborates in this project, based on a protocol signed in December 2018.

More information about the project can be found by accessing the link /www.lifelynx.eu