The WOLFLIFE project promotes the responsible use of dogs in sheepfolds
Data: 17 dec. 2015

ACDB has released a report on the impact that stray and sheep dogs have on wildlife species. The report is part of the WOLFLIFE project, a project that aims to implement best practices for the conservation of wolf (Canis lupus) in the wild, but also to promote better human-wolf coexistence. 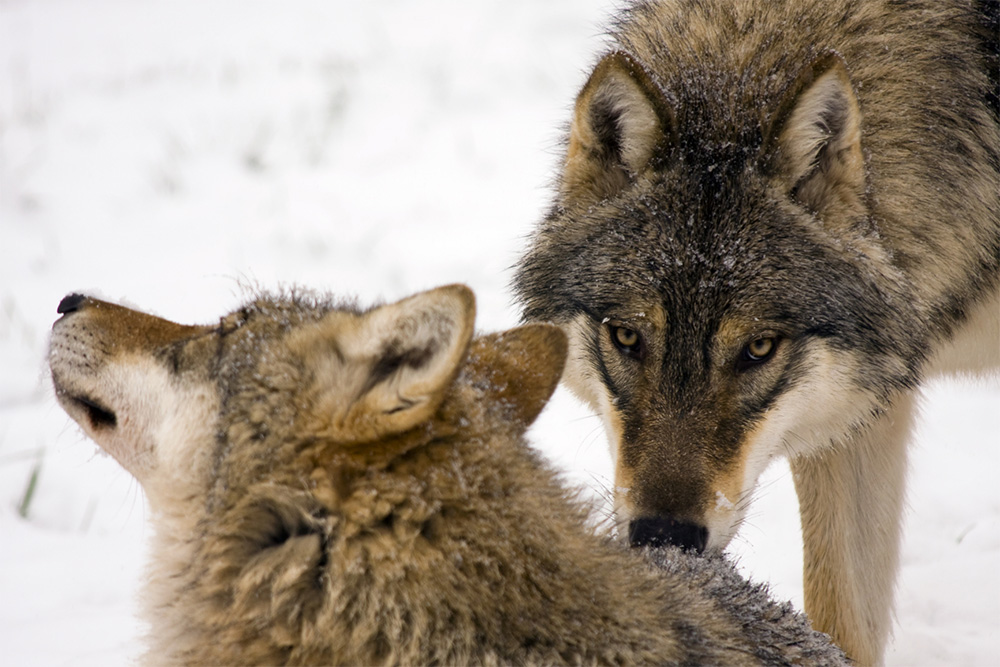 The information collected within the WOLFLIFE project shows that in Romania’s forests, the stray dogs and the dogs from unsupervised sheepfolds have a significant impact on wildlife species. This impact is manifested either by the transmission of diseases or by the killing of various species of wildlife.

Hunting fauna managers frequently report attacks by unsupervised dogs from sheepfolds, which gather in packs and kill adult or juvenile individuals of species such as deer, stag, wild boar and rabbit. Under these conditions, stray and guardian sheepdogs become competitors with wildlife species such as wolves and lynx.

In order to solve these problems, in addition to strengthening the legal framework on the number of dogs, it is necessary for animal breeders to abandon the use of mixed-breed dogs and to use traditional guardian shepherd dogs instead, and for example to be fed properly, vaccinated and equipped with yoke. In this sense, in order to encourage the use of efficient guard dogs, within the WOLFLIFE project, dogs from the Carpathian Shepherd Dog will be made available to the farmers.

Also, to prevent attacks by bears and wolves on the herd, the WOLFLIFE project team facilitated the provision of sheepfolds with complex protection systems, such as electric fences for enclosures. These sheepfolds can be visited by other farmers who want to see the benefits of modern protection systems.

The project will also carry out awareness-raising actions on the responsible use of dogs and demonstration campaigns for the castration and treatment of stray dogs or stray dogs in rural areas.