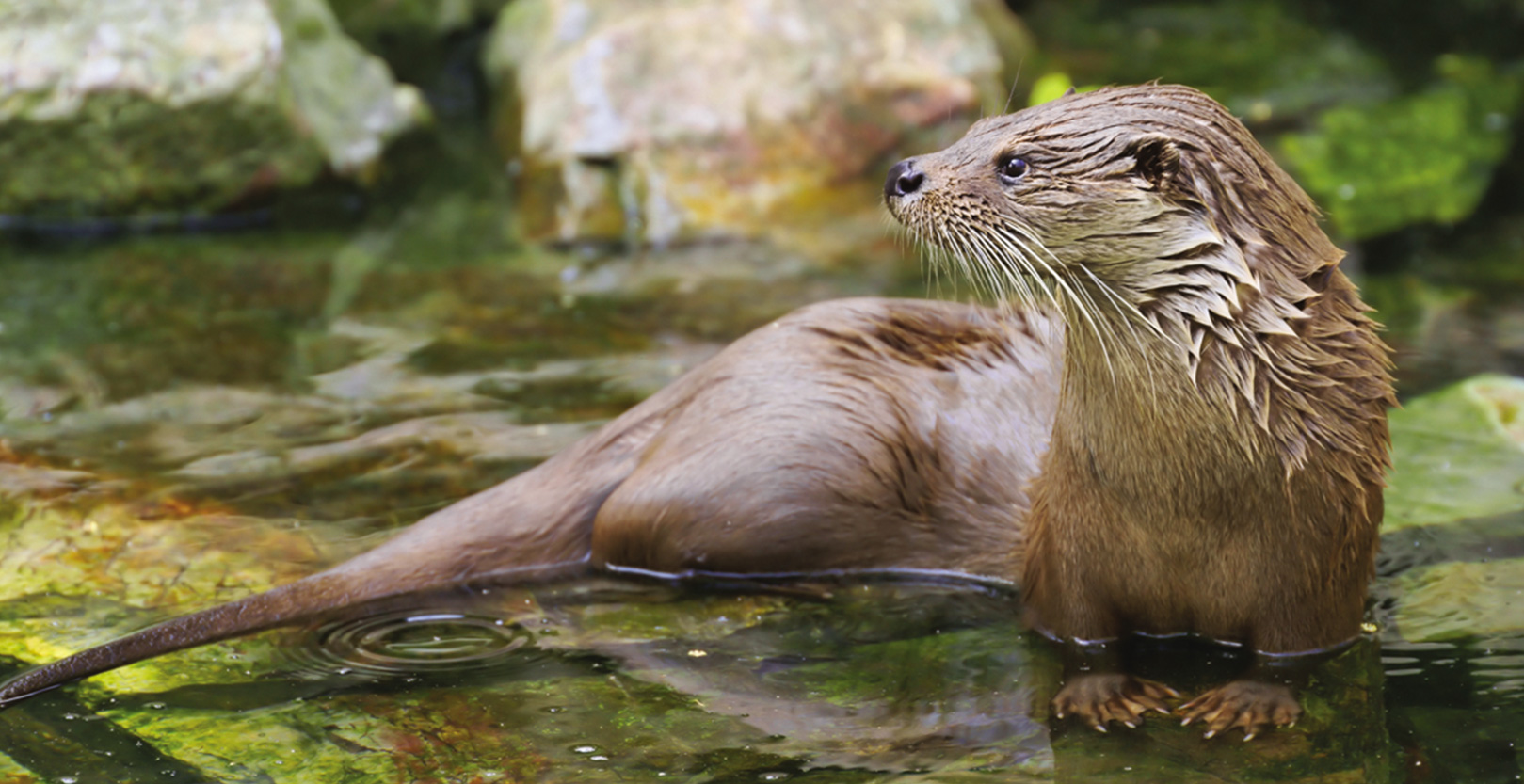 Otter (Lutra lutra)
As members of the weasel family (Mustelidae), otters appeared on Earth more than 5 million years ago. The otter is an important indicator of healthy aquatic ecosystems and in Romania the species is found in the entire country, especially in lakes and large rivers, more often in moors and in the Danube Delta.

Water pollution with DTT in the 60’s – 70’s endangered the otter species in Europe but, with conservation efforts, the situation is improving.

The most important threats to otter population in our country are the following: