Some of the successful stores
The chain and the thick harness kept him tied many days to a pole of a sunny shed. The sun burned him, the children in the village tormented out of curiosity, and fear caused him to sit for hours with his head bowed, without the hope that he would ever see the forest again. This is how we found this little bear cub, so we took it and took care of it at the Wildlife Rehabilitation Center in Focșani to restore its health and the dignity of symbol of the Carpathian mountains.
A young cub, previously cared for by colleagues at the Foundation ”Visul Luana”, entered a rehabilitation program and was released into the natural environment when it was able to handle itself. His story is a rather sad one, being found in a bag on the side of a road, along with another cub that unfortunately did not survive.
Birds, from goldfinches to vultures, and from storks to the long eared owls! These animals are part of our daily activities as patients! Many are orphaned progeny, fallen from nests, but we also have many birds electrocuted on power lines or victims of road accidents. All can find shelter, silence and food in our center.
Two orphan lynxes returned to their natural habitat after adequate rehabilitation over two years. The two lynx cubs (Tihuța and Fulger) were released in the Vrancea Mountains wearing a satellite transmission collar to reveal their position daily and how much they move in the natural habitats.
Lenon the otther, a cub brutally separated from its parents, was raised by us, approaching innovative rehabilitation techniques through the reconstruction in captivity of environmental spaces similar to those of nature!
Rehabilitation of the “Pistrui” lynx – the lynx arrived at the center when he was a small kitten and was released in the Vrancea mountain area 2 years after, becoming the first lynx in Romania and the first case of it`s kind for which there is success data in Europe.
Red deer and roe deer are frequent customers of the Center! It’s not a month not to have a new ruminant patient! Fortunately, they have a very generous space and well sheltered under shady trees, and we provide them with treatment and food.
An orphan bear cub came to us from the Naruja Forestry Department with the help of the horse riding sports club “Caballus” also from Naruja. After a short visit through the veterinarian’s office and a restful night, he was transferred to the Center for orphan bear cubs in Balan, Harghita county. There he learned to survive in the wild until he was 2 years old, after that he was relocated in the forests of the Vrancea Mountains.
A patient full of energy! It’s a fox raised in an apartment in Focșani. We can take this case as a negative example, a situation in which, although there are the best intentions of people taking the animal from the nature, the lack of knowledge about the diet of the animal can lead to different diseases, our fox reaching the center with a mild form of rickets.
A new patient of the Center for the Rehabilitation of Wildlife – ACDB has successfully passed the process of care and rehabilitation. Arrived and exhausted and injured, this young mute swan is now enjoying freedom in the company of other swans on Lake Ciușlea. 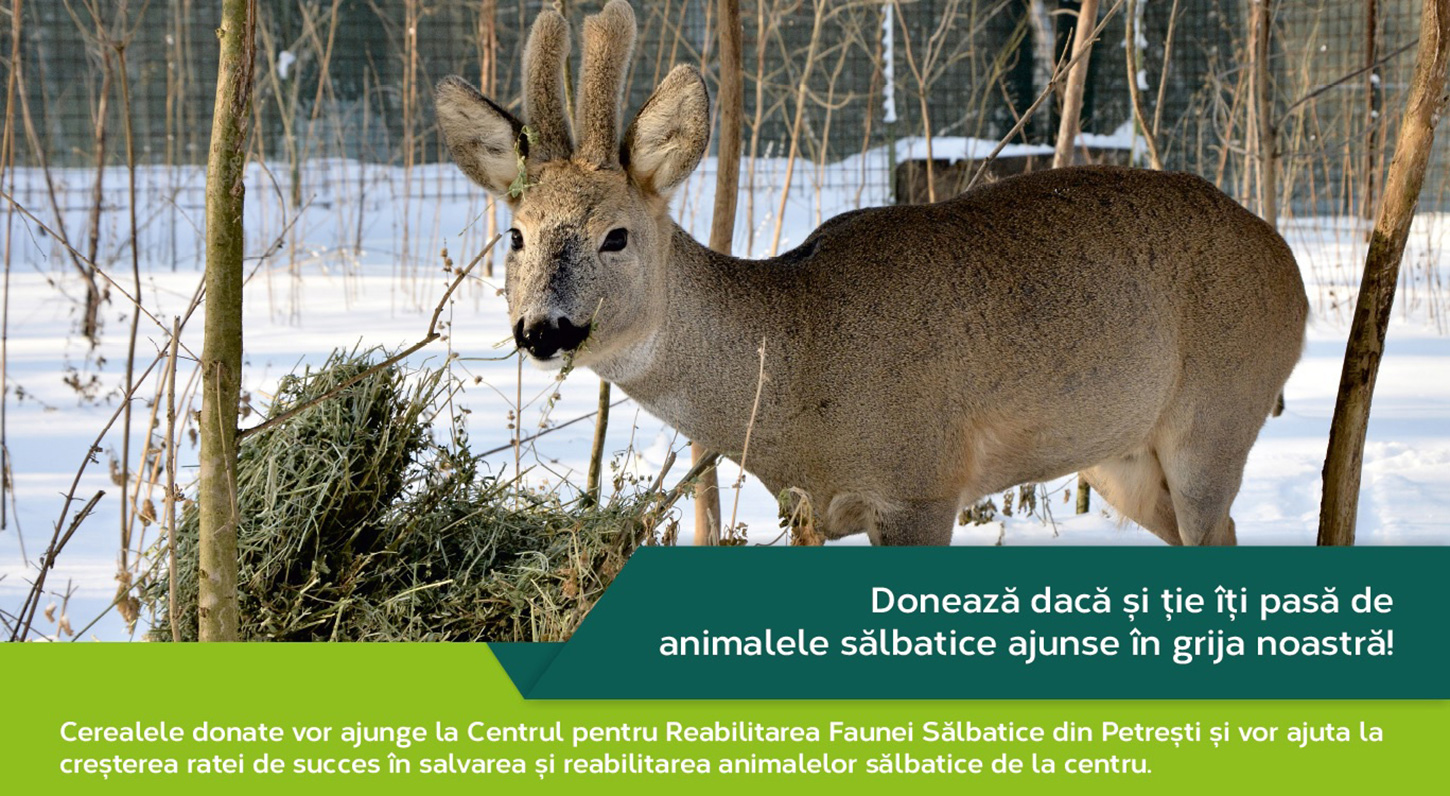 The International Day of Biological Diversity opened for the first time the gates of the Wildlife Rehabilitation Center – ACDB for the general public. On this occasion, 50 students from …

After decades in which this species was no longer seen in Romania, one of the few specimens from Europe of the black-billed eagle (Aegypius monachus) has arrived at the Wildlife …

On October 28, the Center for Wildlife Rehabilitation – ACDB took over a three-year-old bear, seriously injured in a car accident that took place in Tulnici, Vrancea County, on the …