After decades in which this species was no longer seen in Romania, one of the few specimens from Europe of the black-billed eagle (Aegypius monachus) has arrived at the Wildlife Rehabilitation Center of the Association for the Conservation of Biological Diversity in Focsani.

Exhausted after a long and slightly wounded flight on a wing, the black-eyed eagle popped into the yard of a local from Cîmpineanca, Vrancea County. 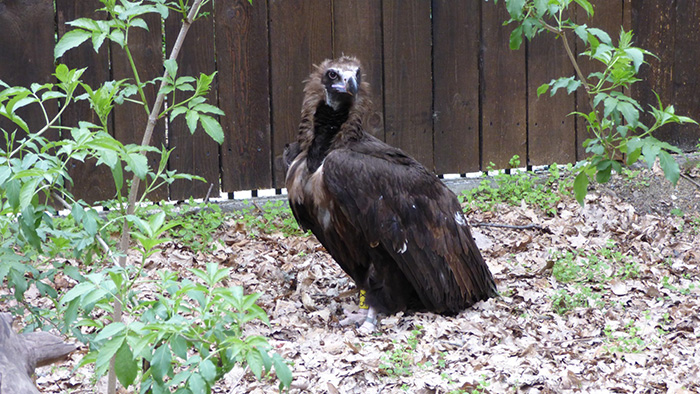 The resident called the emergency service 112, a gendarmerie crew captured the copy and they announced the intervention team of the Center for the Rehabilitation of the Wild Fauna in Focșani, which took over the copy of the black-billed eagle, offering them specialized care. center for wildlife rehabilitation. 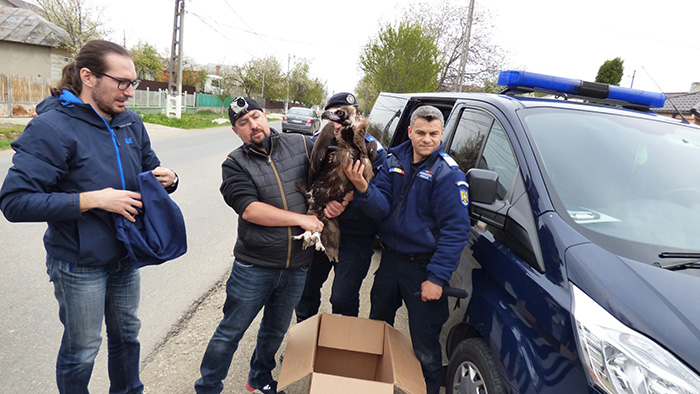 The species received first aid, was nourished by the specialists of the Association for the Conservation of Biological Diversity and is outside any danger. 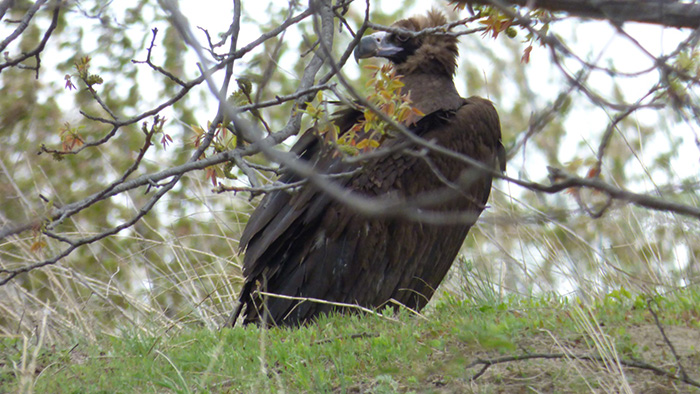 The specimen of the species Aegypius monachus, comes from Spain, is monitored by GPS and is part of a repopulation project with this species in Bulgaria. The purpose of the project implemented by our Bulgarian neighbors is to establish a population of black pleural eagles nesting in Bulgaria and to connect this population with the sub-populations of the same species in the Balkans (Greece), Crimea, Alps and the Iberian Peninsula.

„As far as I understand, there are more copies in Bulgaria. Two of them wanted to take a little longer walk and arrived in Romania, one of us in the center and one is in the care of colleagues from the Milvus group, who also informed us about the presence of the eagle in our area. They are in touch with those who implemented the project in Bulgaria.

Due to the very long journey and probably not being fed very well during this time, he was exhausted and reached the ground. He was monitored by the Bulgarians, who noticed that he had a very long time in a certain place, both he and the other eagle that was standing somewhere near Sibiu. We (ACDB) were asked for help because the bird was very close to us. ”- George Vlad, veterinarian ACDB.